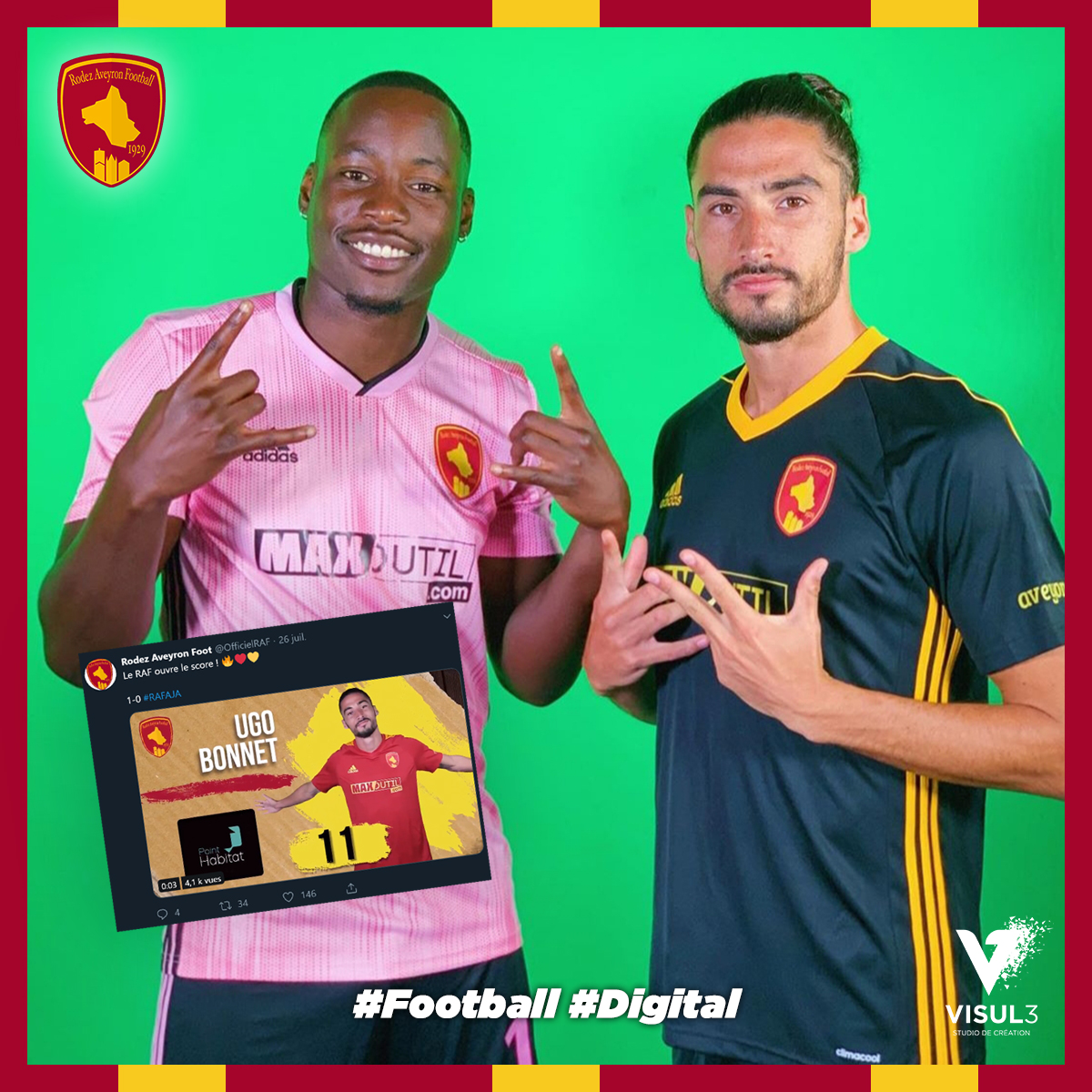 At the end of July, Rodez Aveyron Football returned to the professional world after 26 years of absence. Sailing between the 4th and 2nd national division for many seasons, the Aveyron club is back and has decided to come back strong...

The Blood and Gold are starting this season in the Toulouse FC stadium while waiting for their stadium to be brought up to standard. Taking advantage of the numerous digital and advertising spaces made available by the Toulouse Municipal Stadium, the RAF decided to highlight its partners.

New to Domino’s League 2, the RAF has faced the needs of the professional world. The club asked our Studio Visul3, specialist in LED animation for sports infrastructure and of Giant Screens animation videos. Working with many clubs but also with the Professional Football League, Visul3 has allowed the RAF to integrate its historical partners as well as its new partners who joined the Aveyron adventure, all adapted to the different media but also to the standards of the screens provided.

The RAF was also discovered by many football fans on social networks.

Ugo Bonnet, RAF striker, was the first scorer of the season in Domino’s League 2, which allowed the RAF to show on the screens of the stadium but especially on the social networks these animated sheets goal to the delight of its supporters. Full of joy and seen by more than 12,000 people (Twitter+ Facebook) this animated player video decorated with a partner logo was viewed more time than the number of the club’s followers.

Visul3 participated in the green screen filming process and then persued on the creation of these digital viral supports that will contribute to the development of the club on its social networks but also accompanies the uprising of supporters during the goals of Blood and Gold.

On the occasion of this visit for the shooting of the «Player’s videos», Visul3 also accompanied the club on the «Reveal» of its kit of jerseys for the 2019/2020 season. This clip was made with three players wearing the three new jerseys of the club in order to highlight the partners jerseys while highlighting the supplier Adidas.

Beyond the sporting success of this return to the professional world, the Ruthenese can be proud of their arrival in the backyard of the big digital development, to the delight of their partners.