A new Visual Identity for the RAF club

Following its access to the professional level in the summer of 2019, the Rodez Aveyron Football had called on our studio to accompany it in this status change and upgrade its LED displays at the Stadium of Toulouse at first and then at its Paul Lignon stadium. The creation of this LED project for the RAF partners was a first successful collaboration with the Aveyron club before realizing a second step at the end of the first phase of the season.

Thus, we have created the «social media» visual identity of the RAF for the different social networks of the club. A work based on the colors of the club and on the photos we shot at our visit last July to create the « Players Cards » which allowed us to decline this set composed of: 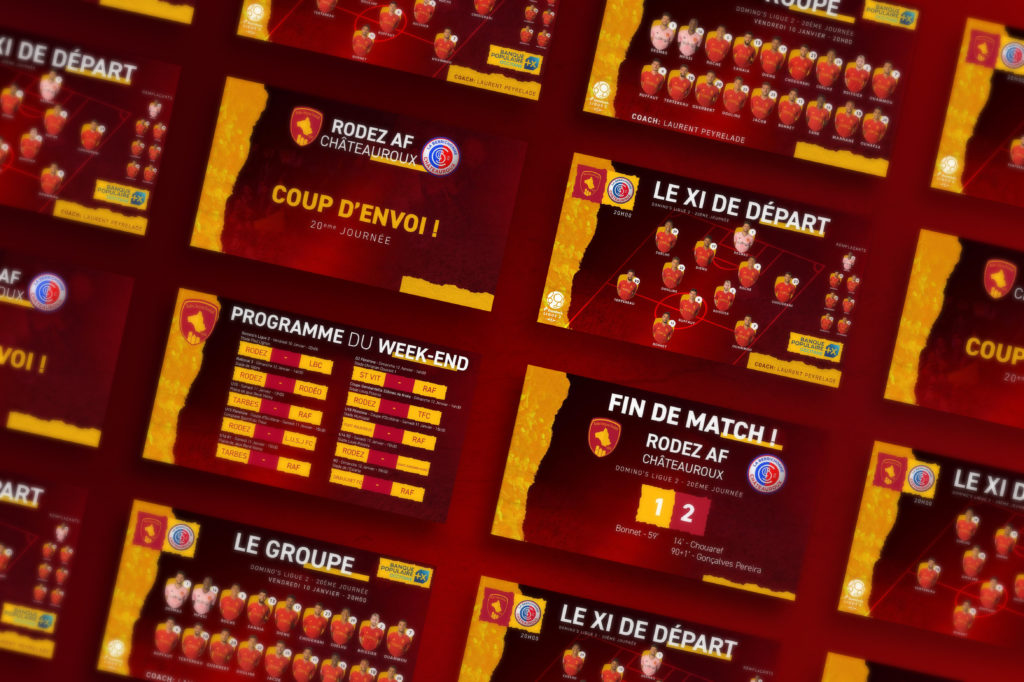